She who captures the attention can capture the money.

We've seen it with magicians, street performers, pick-pockets and Big Media corporations. The concept isn't new. It's just happening on a much larger scale than it ever has.

Do you remember when you used to pull google up, find a website and leave google to go to that website? It was simple. Google was a stepping stone to the real content. Then they came out with ad-words (Pay-per-click). Then they released ad-sense, which you could place on your website to monetize your own website.

They started by monetizing their own platform. Once they maximized that, they moved over to yours, so that they could make money off that as well. There are 2 ways they could have expanded on that model. 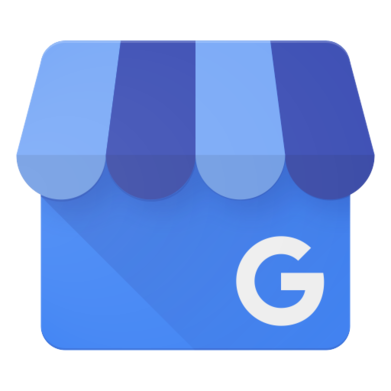 We just talked about the first option. What do we mean when we say “steal traffic”, however? Well, remember how we said google was a stepping stone? Google decided to become more than that. They want to become the publisher. They’ve been trying for years. Failing here and there and having some small successes along the way. Some examples were their e-blogger platform, which they had purchased and indexed into their products. This allowed users to have a free blog platform to build content on. Making it possible for google to advertise on with ease, when they decided to do so. This didn’t really take off. Then, fast forward a few failed products, they came out with google circles, their social media platform. Obviously this would have been a huge win, had this succeeded, as people spend much of their time on social media and google can collect so much targeting data for its ads. But it failed.

Now let’s rewind chronologically but fast forward to success. Gmail. Probably the third most captivating platform after Social media and Video (YouTube) is email. Google released a very intuitive email platform with killer features and filters that was by invitation only, in the beginning. It was an instant hit and is light-years better now than it was then. Everybody was scrambling for an invitation. Then it released ads into the platform and invited you to pay to prevent the ads. We believe the ads are still there. We’ve been using a browser-based (chrome) ad blocker for years, so we’re unsure if they’re still there, but are quite sure google still likes ad revenue.

Google then had another daily platform to advertise to its user base through. Fast-forward some more and google started answering queries on the search engine itself. Fetching answers from websites it respected and displaying them on the search engine results page (SERP) instead of making you click. You spent more time on their platform. More time for them to display ads to you.

Google has released MANY other platforms such as eblogger and shopping, purchased youtube and keeps many of them around, but the next platform is so integrated into their search engine and maps, that you may not have even thought of it as a separate program or platform. But we guarantee you respect and trust it enough to make you buying decisions, based off what it tells you.

When you look up a product or service and the map-pack comes up, recommending several companies, you check the ratings and reviews of each, you see what people are saying, you open up that listing, often times you pick from there. You either choose to navigate to the website, or you stick to the listing as google gives you a consistent format to review these different companies on. You can then call the company right from the google my business page.

You didn’t even go to the website! The website that this company spent $1000 to $150,000 making. Google loves this. As you’re spending more time on their platform. Currently, they monetize this by allowing companies to pay to have their GMB at the top of the list, but the options will grow.

Google also realizes that the consumer may still want more information than is displayed on the GMB, so it recently released a feature allowing companies to build a google hosted, google templated website, right from the GMB platform. Influencing people to again, stay on google longer, monetizing them, advertising to them.

WHAT SHOULD YOU DO?!

Know that for the moment, your website is not obsolete, and probable won’t be for a while. But in terms of your attention, it’s time you start spending some time on your GMB, especially if you get a lot of your clients through google using SEO. Not only is this crucial, but at the moment, you will see a higher return on your investment if you focus your efforts here.

Don’t have the time?

We can help you rank your GMB – Google My Business Page.

Give us a shout, today.

Speak to a REAL person!

Need help? Get in touch with us.

We like chatting, we like problem solving, but most of all we like providing value. If we're not the right solution, we'll do our best to point you in the right direction.

Or message us below :)