Enter the World of Pay-Per-Click

What is Pay-Per Click Advertising and Why do it?

When TV was the biggest medium for advertising, it was cost prohibitive for most companies to advertise their services there, and not effective enough for niche companies. The reason for this is that Television uses a Shotgun approach to advertising, to a certain extent. Depending on the channel, you, for the most part knew who was watching. 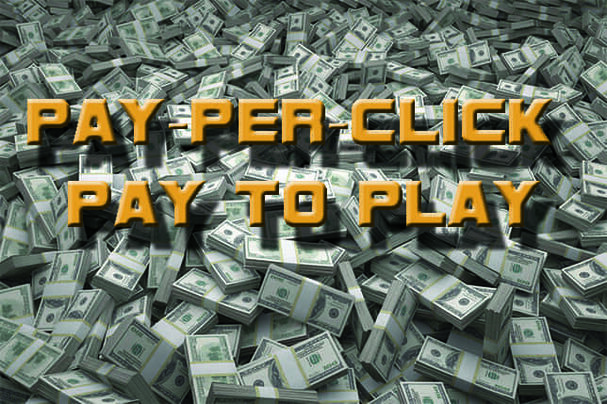 For example, if you’re watching the women’s channel, you usually had a pretty good idea who was watching and what their demographics were. Usually. The advertiser is also paying for a large margin of error. There are many people watching that don’t fall under the common demographics and wouldn’t be a good buyer for your product. Not to mention all the under aged people that don’t even buy, but somehow still end up on channels for adults. Companies would be paying for those.

In the world of pay per click, things are different. You are not paying per impression, or view. While this is an option in online advertising, it usually not used for a lead acquisition campaign but more so for a brand awareness campaign where you’re trying to engrain your brand into people’s mind for the time where they do need your service. In pay per click, you only pay whenever someone clicks your ad intentionally (and sometimes unintentionally). It is assumed that if someone clicks your ad, they are interested to a certain degree in what you’re selling. If people are clicking on your ad from google, they likely searched for a term relating to your service or product, which signifies 2 indicators of interest.

1. I am interested in X because I searched for it

2. I am clicking on this ad which is about X

On other sites, such as Facebook, you can have ads in the newsfeed or on the sidebar about a particular product, and make no mistake, they are targeted, but they don’t carry a double indicator of interest. People are usually browsing Facebook and a relevant ad pops up. This means that on Facebook, ads are clicked more often out of curiosity than on google.

This double indicator of interest makes all the difference. Google is darn sure of what the searcher is looking for and has billions of searches under its belt to refine its understanding of who the consumer is and what they want. Google know the age, sex, location, and consumer preferences of the buyer and what times of day they buy on.

Saying that Google ads is better than TV is an understatement. To think that this is more affordable than TV and can be paused at any time, can be jumped into with relatively low cost and attainable as a start-up dream is an entrepreneurs wet dream. It truly is.

We’ve talked about some Pros, what about the cons?

Like any big corporation, google wants to put as much of your money in their pockets as possible. This happens through a variety of factors.

Fake clicks
Bots that scan the web for purposes of gaining information, stealing information, or used by your competitors to waste your ad dollars among other reasons, cost you money. You would think that google would do everything they could to stop these “bots” right? Nope. Those fake clicks make them money, probably many millions. In organic SEO, this is not a worry as you don't lose money when someone clicks your ad. But unfortunately PPC, is an important part of the mix and these losses must be taken if you supplement your organic with PPC.

Campaign Parameters
Google makes setting up campaigns relatively easy. They don’t stress how important your advertising campaign parameters are in order to get the most out of your budget. Without the right parameters, you might be advertising in Zimbabwe at 2AM Eastern Standard Time. Good for google, bad for you.

Ambiguous Match Terms
Over the years, google has updated their match terms several times, and nope even the [Exact Match] Term will include some similarities that are not exactly relevant to what you’re trying to advertise for. We can expect this new update to make google extra hundreds of millions a year by doing this. This has also created more work SEO Agencies, as this has to be combated with a very aggressive negative keyword list.

Overall platform complexity
It may seem simple to start a campaign, and that’s what google wants. Once you’ve created the campaign, you will see there are many types of extensions, types of ads, different goals and reports. A lack of understanding and a “set it and forget it” attitude has led to some of our clients losing anywhere from $2,000 to $33,000 a month. That was before they were working with us, of course.

A pay per click campaign requires constant monitoring, especially in the beginning and will differ depending on what you’re offering. Some people sell products, others sell services and some have one big boom such as an event in a city and then they are gone to the next. One size does not fit all and google has certain unpublished requirements before it takes you as a serious advertising. There are dollar thresh holds and quality ratings among other things that help google determine whether or not they’re going to let you advertise to their users.

In Summary
Google has become the best way to advertise a new business. This is especially true if you’re in the service business. While SEO can take many months before your start getting leads, Pay per click can start the flow of leads within a couple of weeks. We wrote an article called "SEO Sucks" to talk more about this. Feel free to check it out. "Why SEO Sucks"

Speak to a REAL person!

Need help? Get in touch with us.

We like chatting, we like problem solving, but most of all we like providing value. If we're not the right solution, we'll do our best to point you in the right direction.